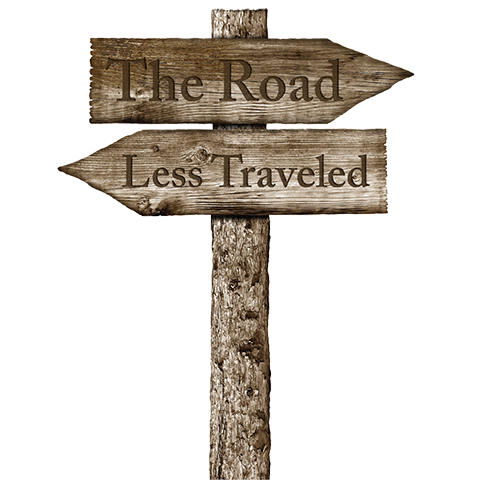 The Road Less Traveled is a recurring feature that describes the path creative, interesting people took to get to where they are in life. Most creative people have traveled very interesting paths to get to where they are … usually zig-zagging a lot, shifting artistic gears, retracing steps, exploring new passions, revisiting previous works, failing a whole bunch, and generally bouncing back often. All these experiences are part of their creative profile and serve to motivate and inspire them. This feature tells that story. 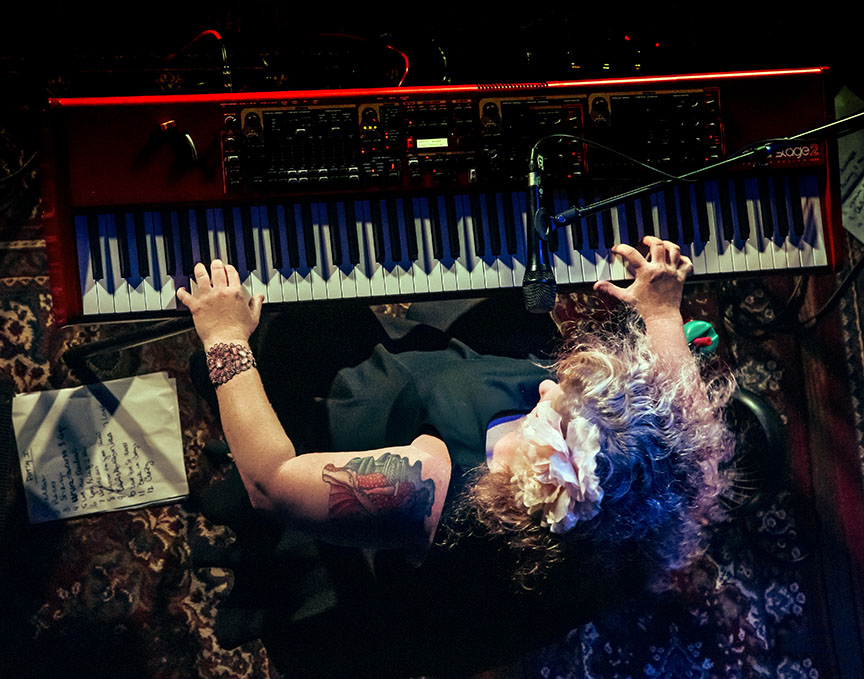 The musical Road Less Traveled for singer/songwriter Rachel Brown has indeed been along one with strong family influences. Two of the biggest influences have been her parents and her aunts, Rachel and Agnes. Her parents, Adam and Helen Brown, have a lifelong love for traditional country music. They even converted an outbuilding (The Barn) on their property into a music venue where family and friends could 'jam' every Friday night. Rachel (and later her children) grew up there, playing and singing with her family and friends.

The Barn (near Wadsworth) is a very warm and lively setting where a number of local musicians play their country favorites while some 50 – 60 family and friends enjoy the music sitting in church pews. One evening, I saw the warmth and friendship live as Helen and Adam were celebrating their 63rd wedding anniversary. Adam, Rachel, and son Andrew (three generations) teamed up to do a few songs together. It was evident everyone has been enjoying this celebration fora very long time. The Barn is still going strong after approximately 40 years. Rachel and the Beatnik Playboys play there occasionally. Rachel also performed a special anniversary song she wrote for her parents on their special day.

The Brown Sisters
Another major influence for Rachel was The Brown Sisters. Rachel and Agnes were a popular country duo in the 60s and 70s. They also were friends with many top country performers at the Grand Ole Opry. It was a real treat for her to visit them in Nashville and go backstage to meet the stars. On one visit, around age 12, she actually sang for the legendary Roy Acuff in his dressing room at Ryman Auditorium. Later that evening, she performed on the Ernest Tubb Radio Show on WSM – “The Most Famed Country Music Station in the World”. What an amazing and motivating experience for a young artist to be in such esteemed company. She now had a solid musical foundation thanks to her parents, her aunts, and her own talent and determination. She even wrote a song titled “My Namesake” in honor of her Aunt Rachel.

The Tradition Continues
The family musical tradition continues with her children Sarah and Andrew who have strong musical backgrounds. Among other musical accomplishments, both played string instruments in the Contemporary Youth Orchestra (CYO). CYO is a Cleveland area ensemble dedicated to preparing 115 high school students for confident careers in the creative arts. Sarah is studying chemical engineering at Case Western Reserve University. Andrew is a music major at Cleveland State University. 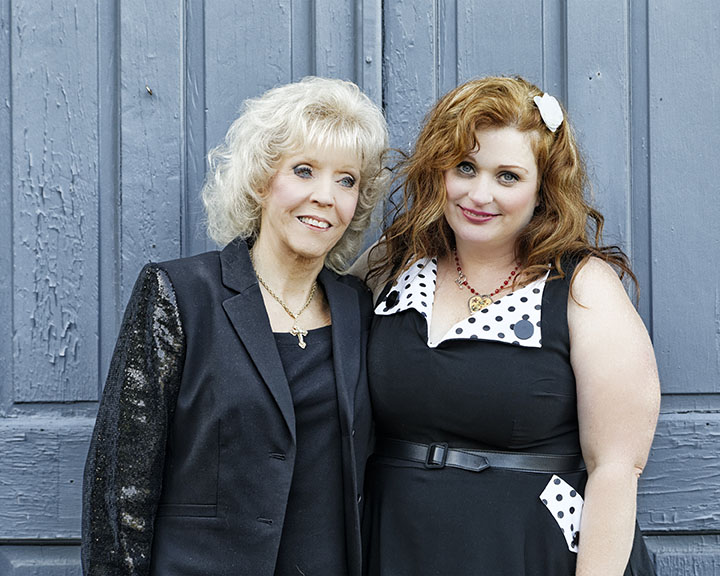 ‍Deep and Wide Musical Roots
‍Rachel loves and has performed a wide variety of musical styles. She has performed as a solo artist, in a few duos, a trio, and many different bands over the years. She has also opened for Willie Nelson, Ricky Skaggs, and the Judds, among other performers. She plays classical, country, bluegrass, jazz, blues, honky-tonk, rock-n-roll, and probably a few styles without names. She finds they are all connected and inspirational when played with musicians who enjoy artistic merit and respect each other. Music and playing is more about enjoying what you do and learning from each other rather than competition. Side projects and interchangeable parts enable that to happen.

Her main groups have been Rachel and the Beatnik Playboys and Sisters in Song. Sisters in Song is a popular group with Rachel and her musical friends Kristine Jackson, Becky Boyd, and Emma Shook; violinist for the Cleveland Orchestra. At one point, she and each of the Boys were in Hillbilly Idol.

Rachel graduated high school a year early to satisfy her desire to perform. Her parents have always been supportive and escorted her to numerous music venues for years. Along the way, she went to The University of Akron as a 25-year-old freshman to major in music education. She picked up her music education license and took a position as a music teacher and choir director at a middle school. She followed that credential a few years later with a master’s degree in music education.

She had performed steadily for about 20 years and was getting a bit weary of constant touring and the grind of playing top 40 hits. She decided to take a break from performing. She set up a studio in her home to work on writing her own music. It had been 4 – 5 years since she had performed publicly (still playing at The Barn, though) when she reconnected with her friend, Bill Watson. He encouraged her to return to music by just practicing and playing music she wanted to play, including her own material.

They got together in her studio and started playing her original songs. This helped her regain her confidence and interest in performing. This slowly evolved into a few small gigs and then a few other musicians were added. This morphed into Rachel and the Beatnik Playboys (2008). Everything happened somewhat organically.

Miss Brown
Rachel’s musical roots have also grown into being a professional music educator. She feels very fortunate that she has found a way to balance her love of performing and teaching. For the last 18 years, her middle school students know her as Miss Brown; music teacher and choir director. This is a bit ironic since school was difficult for Rachel. She comments that she was a bit awkward, introverted, and felt like an outsider at school. During high school, she taught piano lessons while playing in clubs and taverns. She spent most of her time around adults. As such, she had little in common with other high school students or the activities they enjoyed. However, she did excel in band, choir, and jazz band.

Rachel has learned that middle school students will do anything for you, if they think you believe in them. They want adults to be proud of them. She works her students hard because she wants them to succeed. She sets very high expectations and challenges them. Most of the time, they respond. For some students, especially those in at-risk situations, the arts and music may be the only place where they excel. Music often appeals to apart of the brain that other subjects do not. In some cases, this is what keeps students focused and gives them a reason to come to school. Playing music requires considerable discipline, which helps keep students engaged and improves academic performance. 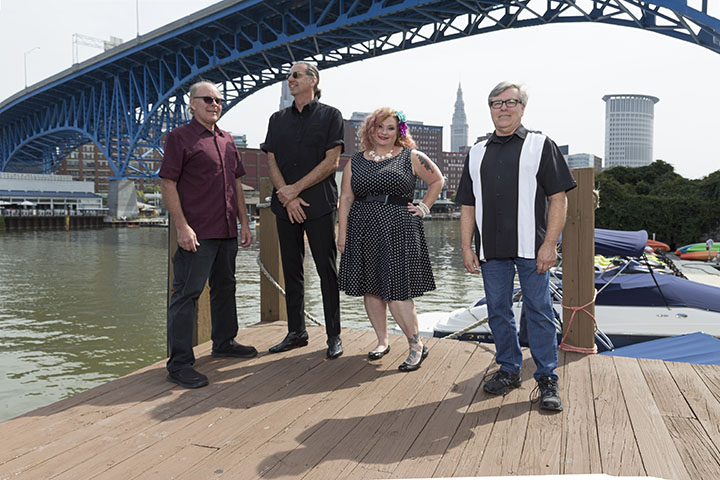 Rachel and the Beatnik Playboys
Rachel and the Beatnik Playboys, based in Cleveland, has a wide repertoire of music evolving from their many years of experience. A sampling of the groups they have been in are the Numbers Band (15 60 75), Alex Bevan, Clearfork, and the Gopher Broke Swing Band. Many musicians frequently perform in a variety of groups. In some respects, it seems like they are almost interchangeable pieces in a big musical puzzle.

The Beatnik Playboys consist of Dave Huddleston (guitar and vocals), Bill Watson (bass and vocals) and drummer Roy King. All are seasoned, excellent musicians in their own right, having performed with many musical groups over the years. Rachel describes “TheBoys” as kind, articulate, creative, and supportive of her music. Their performances reflect the experience and professionalism they all bring to the band. The band has four CDs out featuring many original songs written by Rachel. They are “Just Look My Way”, “Once Again”, “LookWho’s Back”, and “Rachel Sings Patsy”.

The band received its name from Rachel’s daughter, Sarah. Band member Bill Watson often wore a beret and she thought he looked like a Beatnik in it. She also thought the guys were fun; sort of like playboys. Drummer RoyKing commented that he “always wanted to be a Beatnik and a playboy and now I am”.

The band practices extensively and plays as many as five performances a week. They are a busy, busy band, especially for a group who all have "day jobs". Rachel is also quite involved in the band management side of things. This takes up a lot of time, even with an agent. Promotion, logistics, recording, travel, and other duties are essential to supporting the overall band. She is constantly on the move. The hard work has paid off as they are a very polished foursome and make performing look easy.

In some performances, they select a theme focusing on the work of a favorite performer such as Linda Ronstadt or Patsy Cline. Cline serves as a role model for Rachel as she was the first female solo artist inducted in the CountryMusic Hall of Fame. They also love to play what they enjoy. In these shows, the play list is sort of made up on the spot. For a sampling of their music and their extensive tour dates, check out their website: www.rachelbps.com.

Music: A Lens for Life
Music is more than something Rachel does, it is who she is. It is how she views the world. A fine line exists, if there is one at all, between her personal and professional lives. Music flows through all aspects of her life and is always there for everything life brings her. It has comforted her through some tough times with almost a therapeutic quality. It has also helped her celebrate the many wonderful people and events in her life.

Considering her strong stage presence, many are surprised to learn that Rachel is actually a bit shy and reserved. Writing and performing bring out another side of her; the one we see on stage. She feels she is musically successful when she lets “creativity lead the way”. She’s fond of the music of singer/songwriter Nathan Bell. She and the band covered two of his songs: “Whiskey you Win” and “Gone is Gone”. Another cover is “No Lock No Key” by Robert Kidney of the Numbers Band (15 60 75).

Rachel believes music can do for others what it has done for her. This belief comes alive in her work with the DREW (Delivering Restorative Energy to our Warriors) project. This project partners song writers with veterans to assist them in writing songs related to their military experiences. The project is named in honor and memory of Drew Ferguson, a Green Beret and Airborne Army Ranger from Avon Lake. Drew served in Afghanistan and Iraq, receiving three Bronze stars. DREW is one aspect of the Music on a Mission program. For more information on the program and the DREW project, visit http://www.musicmissioninc.com/.

The following lyrics are from a song Rachel and a veteran John Sekletar wrote titled “Valor Hearts”:
‍
As I sleep on the floor of this cold, dark place
The voices I hear, I can’t escape
Of friends, I once had that fought by my side
Their names on a wall, I silently cry

Next Steps on the Road for Rachel Brown
Rachel is highly motivated to be the “best songwriter I can be”. Her journey will continue in many ways to realize that goal with music at the center of it. She wants music to be “a force in favor of good things happening to good people”. She will continue to participate in the DREW project and celebrate the musical heritage of her family. She is especially thrilled to be part of her children’s life adventures as young adults, including their music. She is looking forward to many more performances with “The Boys”. A possible tour of England is in their future. Everything in her life points her toward being the best songwriter she can be.